Shockingly, only 12% of the inventors nationally are women. How do we go about improving our innovation ecosystem to increase the number of women faculty and graduate student inventors? 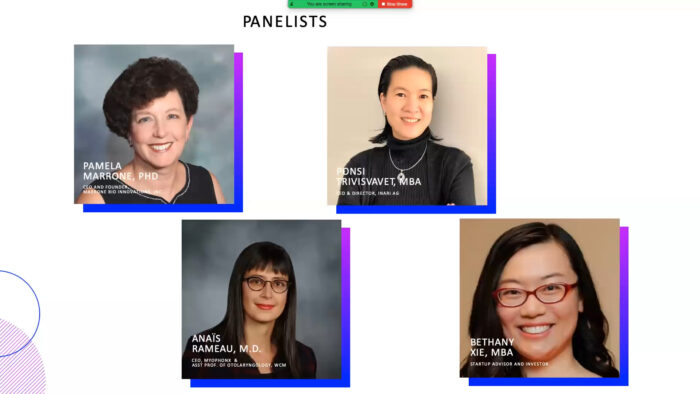 Pam Marrone, Ph.D., founder, and CEO of Marrone Bio Innovations, after significant experience in an agricultural biotechnology corporation, left the corporate world to set out on an entrepreneurial path. In her entrepreneurial career, she started three biotech companies and has over 500 patents worldwide.

Ponsi Trivisvavet, MBA, CEO of Inari Agriculture, Inc., has a similar path to Pam Marrone. She first started her career at a large global agriculture company. Looking to innovate in her field, she decided to start her own startup company and develop new technologies in the ag-tech space.

Anaïs Rameau, M.D., surgeon, and faculty at Weill Cornell Medicine, as well as CEO and co-founder of MyophonX, have found her inspiration in practicing medicine and inventorship from her mother, who holds several patents and is a medical doctor.

Beth Xie, MBA, tech entrepreneur, startup advisor, and investor was the CEO and co-founder of TaggPic, a startup based on Cornell technology focused on delivering image and location intelligence from real-time analytics. Beth led TaggPic from its inception as an invention all the way to its acquisition by Google.

Alice Li, Executive Director at CTL and moderator of the panel, started the discussion by offering striking statistics concerning the matter at hand. Nationwide women represented 12% of the inventors listed in U.S. patents (source: USPTO, 2016) while at Cornell University, the data are more optimistic with 23% of female faculty who are inventors. However, there is still a lot to do.

“Two things I learned along the way…actually not change yourself, be yourself…being a woman is not a weakness, it’s a strength.” – Ponsi Trivisvavet

During the discussions the panelists each related on being the only or one of the few women in the room in their respective fields. Xie said that women have to be prepared for this challenging but rewarding journey. They all encouraged the audience to seek both female and male mentors. Trivisvavet recounted that having a male mentor helped her gain understanding from a different perspective. She advised the audience to “Be yourself…don’t try to act like others…” and rather than trying to fix your weakness, “…one should focus on building your strengths.” She completed her thought by stating “…being a woman is not a weakness it’s a strength!”

Besides, as leaders, Marrone and Trivisvavet shared the importance of diversity in their team. 50% of Inari’s and Marrone Bio Innovations’ employees are women.

They all concurred as Rameau emphasized that now is the time for women to be an inventor and an entrepreneur.

Listen to all the panelist’s insights on being an inventor and entrepreneur in the video below.

Listen to all the panelist’s thoughts on building an ecosystem of women inventorship in the video below.

To watch the “Women Inventors at Cornell University” webinar in its entirety click here. 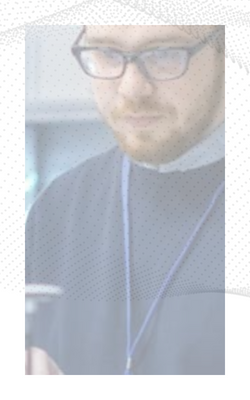